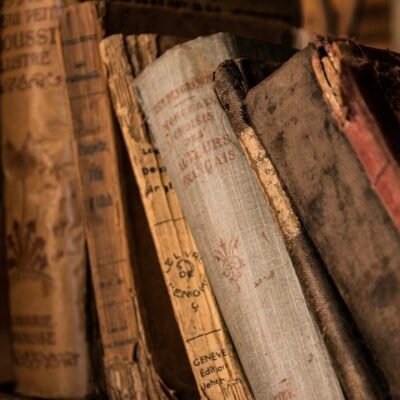 John Davies was born on 24 October 1784 in Llanwrthwl parish, north Breconshire, into a poor family, his father scraping a living as a labourer. Little is known of his early life save that he received very little schooling and at some time he left his isolated rural area for Swansea.

From Swansea he went to sea for several years, during which time he learned to read and write, self-educating himself in English, Welsh, a wide range of knowledge, and in book-keeping skills that were to give him plenty of employment later in Tredegar. His father had died during his time at sea and in the meantime, his mother and brothers had moved to Tredegar.

He was an inveterate diary keeper and some of his diaries have survived. They are written almost wholly in Welsh, and can be read in the Cardiff Central Library. Unfortunately, the surviving diaries do not cover the first twenty five years of his life in the town. Nor are the four volumes which do exist continuous as there are gaps for some years, but they do span from 1831, by which time he was already into middle age, to the January prior to the June of 1864 when he died. Nevertheless, they amount to over two hundred pages of handwritten entries from a time when Tredegar was very much growing and prospering.

By the beginning of the available diary period John had married on 26 April 1826 a Margaret Morgan (died 24 June 1844), and was a bookseller and publisher in the town. He was also a promoter of friendly societies – the Oddfellows in particular – and an office holder in some of them, either as secretary or treasurer. The diaries reveal that he kept the books for savings clubs and several businesses in the town, and earned small amounts by various writing tasks for others. This was a time when the majority of the population were illiterate, yet would have relatives in other parts of Wales that they needed to keep in contact with, and in particular there were the significant number of the town’s sons and families who had emigrated to America having learned their industrial skills in Tredegar, and wanting letters from home. 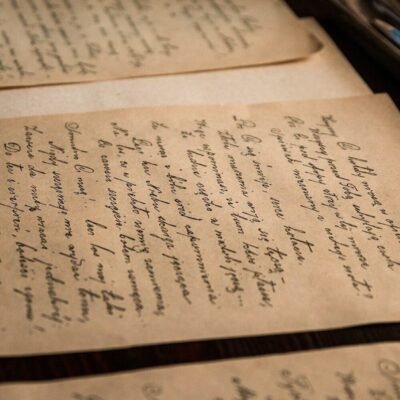 Thomas Watkins was born in Pwll-yr-Hyward, Llanfoist, Monmouthshire on May 1st 1801.  His father had worked in Abertyleri [Abertillery] but returned to Llanfoist to work in the limestone quarries belonging to the Blaenafon iron works.  The family were members of the Baptist chapel in Llanwenarth.

Thomas Watkins kept the White Hart tavern in Blaenafon before going to work as a weigher in the iron works of Blaenau Gwent where in 1859 his wife died in Blaina, after which in 1860  Thomas returned to Blaenafon to keep the Three Cranes tavern for the remainder of his life.  He was an original and leading member, in its early years, of the Abergavenny based group of people – Cymreigyddion y Fenni – who established the series of Eisteddfodau that created such a stir in Gwent between 1833 and 1854.

Thomas Watkins was a regular competitor in the Abergavenny Eisteddfodau and won many prizes for his essays, of which this is one.  He is best known for his history of Llanfoist parish – Hanes Llanffwyst – which won first prize in the first Abergavenny eisteddfod in November 1834.   He was not as successful as a poet but he certainly was as an essayist in these eisteddfodau, winning competions on a dozen occasions.  Nine of his essays survive, five in the National Library of Wales, Aberystwyth, and four in Cardiff Central Library.

Very little is known about Daniel Lewis.  In the definitive work on the Abergavenny Eisteddfodau by Mair Elvet Thomas: Afiaith Yng Ngwent, Hanes Cymdeithas Cymreigyddion y Fenni 1833-1854, 1978, University of Wales Press, she notes: ‘I have not been able to discover any information about Daniel Lewis, Ifor Gwent, except for that fact that he worked in Coalbrookvale Iron Works [ie.Nantyglo], and that he won twice at the Abergavenny Eisteddfodau in 1836 and in 1838.  I have tried to discover more about him but with limited success’.  In my reading of other Gwent manuscripts of the same period, such as the diaries of John Davies – Brychan of Tredegar, the  several manuscripts by T.E.Watkins,  Eiddil Ifor of Llanffwyst, all of which are in Cardiff Library, I have come across a  Daniel Lewis and a David Lewis – Ehedydd Gwent, the both from Blaenau Gwent and the implying that they were brothers.  If indeed they were, then Daniel Lewis is a son of a former vicar of Llenwenarth and Aberystruth or Blaenau Gwent parish.  Thomas E. Watkins, one of the founder members of Cymreigyddion y Fenni and a prolific competitor himself in these Eisteddfodau, refers to a Daniel Lewis of Blaenau Gwent advising and accompanying Archbishop William Coxe when he made his solo tour in Monmouthshire in 1799.  Though one cannot be certain from the data currently available, it seems very likely therefore that the author of this history was indeed a local lad from the very parish described in this history.