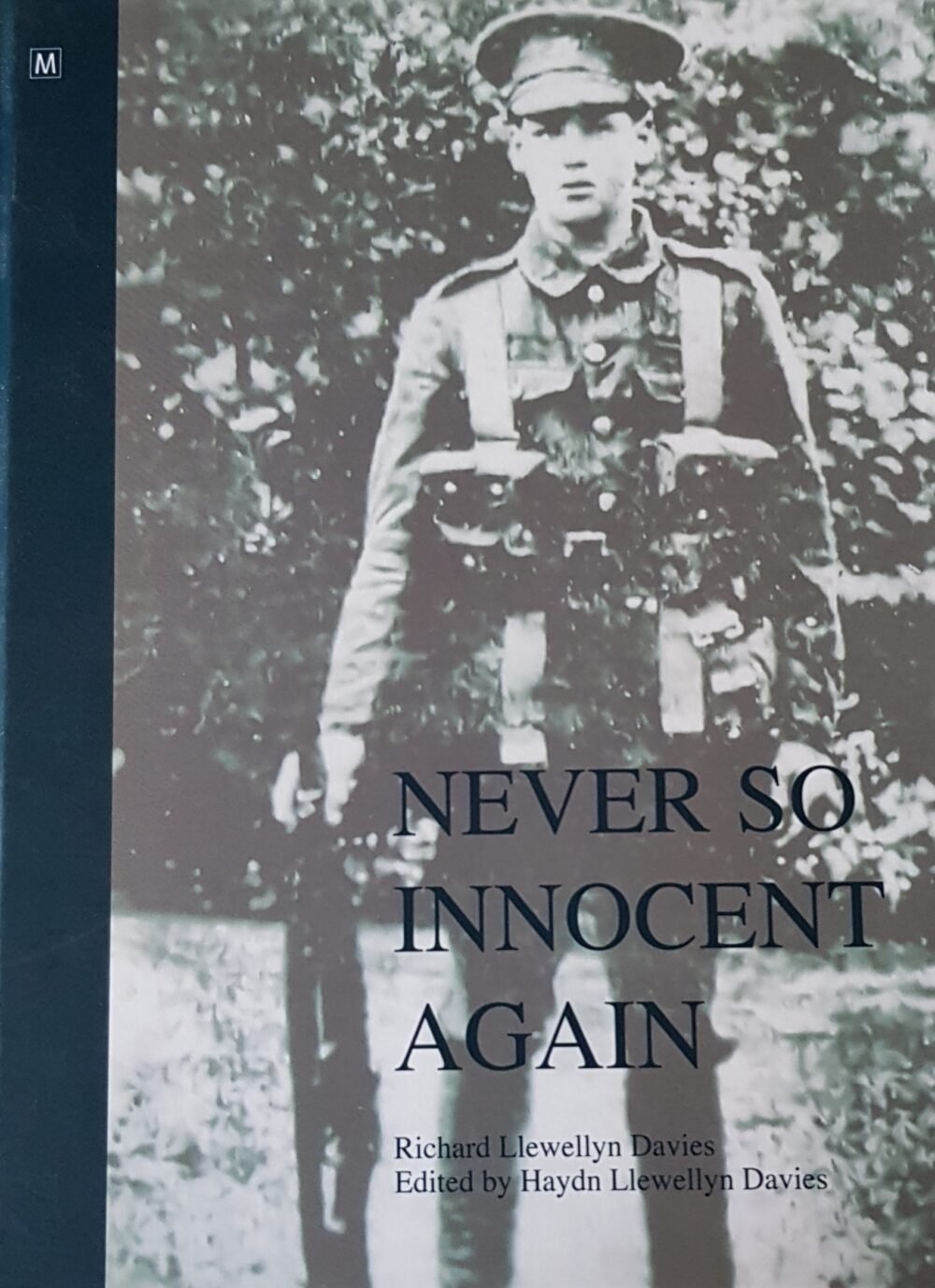 Richard left his village of Hollybush in the Sirhowy Valley, Monmouthshire on the morning of 5th August 1914. Three times wounded and twice gassed, he survived all of the main battles of the Western Front and returned home in January 1919. Of the nine volunteers that left the village with him, he was the only one to return.

The book provides a vivid and realistic account of a young boy’s service with the 3Rd Battalion of The Monmouthshire Regiment from when he left his Welsh village of Hollybush in the Welsh valleys on the morning of 5th of August 1914 until his demob in Jan 1919.

He went to France in early Feb 1915 and into the trenches at Bailleul to learn his trade, describing the highlight of his day as breakfast in such terms as you can almost smell the bacon; the 3rd moved to Ypres and the sandbagged line at Wulverghem to start their real war and gives good descriptions of the line, the first casualties, the horrors of ‘Jack Johnsons’ and trench foot and the good humour of his comrades.

They moved to Polygon Wood at the top of the Salient in time for the 2nd Battle of Ypres, he details the terrors of being under constant shell fire and the events after the gas attack- with the French immediate gas drill was to ‘run west as fast as possible’  – they moved back to shorten the line and then held new positions alongside the Canadians at Frezenberg Ridge. For four days they endured continual shell fire which reduced their trenches to mere hollows in the ground, they repulsed attack after attack by waves of German infantry with shouts of ‘Here they Come again’ and with rifle fire stopped each attack, some of them a mere 50m yards from their trenches. The process of the attacks reduced the Monmouthshires from 1000 to 8 officers and 273 men.

Richard was hit in the head by shrapnel and tells of his move to hospital just outside Paris, his recovery and return to his battalion which was by then a composite Bn of the 1st2nd and 3rd Mons.  Spent his 21st birthday at dugouts in Kemmel and learned while there of the death of his mother from a local paper sent to the company from home.

In Sept 1915  the Bn moved to the 49th West Riding Division as Pioneers, still in the Salient and still taking casualties until Christmas 1915 when they Marched away to the Somme, leaving three quarters of their number below the soil of the Salient.   On the 1st of July they moved in support of the 36th Ulster Div for the attack on Thiepval consolidating the ground won, and fought off numerous counter attacks, graphically describing the noise, the exhaustion, a continuous headache, thirst, the flies and the many dead from both armies.

Then moved back to work on battle salvage for a while until disbandment on the 16th Of September when with others RLD was posted to the 9 Bn The Royal Welch Fusiliers. (58 Brig 19th Div) The Bn under the leadership of Lt Col The Lord De Walden, a fine fighting unit.

They went into reserve on the Ancre and then back to Ypres and the attack on Messines Ridge and tells of the waiting to ‘go Over the Top’ and the Mines exploding, tells of entering the German trenches and the state of the German lines and the troops dead and wounded.

Richard became a Lewis Gunner in time for Passchendaele, the loss of the companies two best ‘Tenors’ in one attack which quite ‘upset the boys’ Back to the Somme for the battles of St Quintin, then back north for the attack on the Selle and the Sambre until the end.

When the war finished they were ‘Resting’ in the village of Eth in Belgium, having moved forward 14 miles in one day. Then Richard returned to his village in Wales, and was sad to learn that of the original nine lads that left with him on the morning of the 5th of August 1914, Richard was the only one ever to return home.  A brilliant ‘Cannot put down’ book, It should be compulsory reading for schools, a brilliant account that would grace any bookshelf.